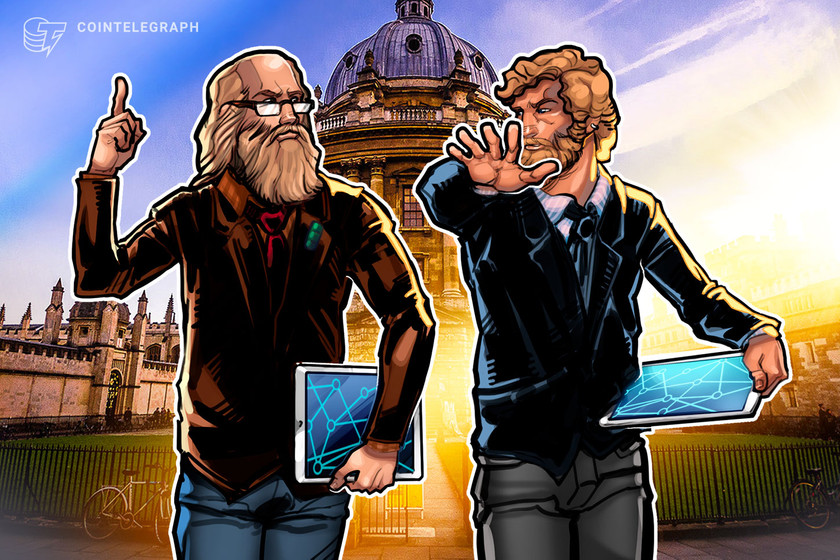 Oxford University has opened public voting for the first time with polls set to close on Dec. 2.

The word “metaverse” is one of three in the running to be crowned the Oxford Word of the Year (WOTY) in a competition run by the Oxford University Press (OUP) — the publisher of the Oxford English Dictionary.

OUP officially announced the launch of the competition and its three finalist words for 2022 on Nov. 22, with this year marking the first time the public can participate in voting for the WOTY.

“Metaverse” will compete against the terms “#IStandWith” and “Goblin Mode.”

Usage increased as we discussed #hybrid working, debated the ethics, and wondered about the feasibility of an entirely online future. pic.twitter.com/Lk0pLfc1mW

In OUP’s video pitch for the metaverse, it described it as “a hypothetical virtual reality environment in which users interact with one another’s avatars and their surroundings in an immersive way.”

“The term dates back to the 1990s, with the first recorded use in the Oxford English Dictionary in 1992 in the science fiction novel Snow Crash by Neil Stephenson,” the video stated.

Oxford noted that “metaverse” has quadrupled in usage in Oct. 2022 compared with that of Oct. 2021. The video stated that more lifestyle and work-related activities taking place in virtual reality environments may bring about “more debates over the ethics and feasibility of an entirely online future.”

As for the other two WOTY candidates, “#IStandWith” has become an increasingly used phrase for political activism, while “Goblin Mode” emerged as a post-COVID-19 lockdown concept in which one rejects “returning back to normal” and instead does what they want to do.

As for how the three phrases were chosen, OUP stated that they ran an analysis on a language data system in order to narrow down the candidates to three.

In order to officially vote for “etaverse” or the other two candidates, voters must cast their vote on Oxford Languages’ website.

Oxford did not state when the winning word would be announced.

Related: What is metaverse in blockchain? A beginner's guide on an internet-enabled virtual world

In what could spell how the votes are panning out, at the time of writing, a Twitter poll by OUP shows 63% of 929 voters favored “Goblin Mode,” followed by “metaverse” at 22% then “#IStandWith” at 15%:

Whatever the results of the poll, the metaverse is predicted to be a significant industry in the near future, with a recent report by international consulting firm McKinsey estimating metaverse-related technologies to be worth $5 trillion by 2030.

Investment bank Citi upped that prediction, saying the total addressable market for the metaverse economy may fall within the range of $8-13 trillion over the same time frame.

The understanding of the metaverse has been most significantly influenced by the blockchain and cryptocurrency industry, along with Meta CEO Mark Zuckerberg’s rebranding of Facebook to Meta in Oct. 2021 and its recent developments on its Metaverse products through its Reality Labs business.