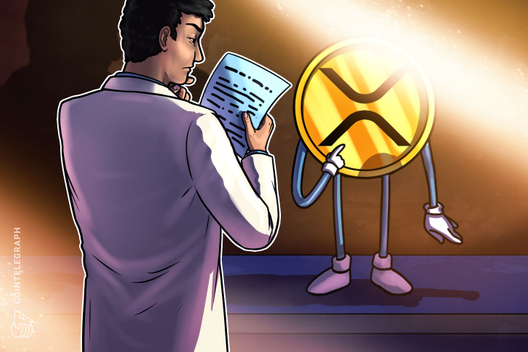 Ripple has filed a motion to dismiss a class-action lawsuit alleging that it held an unregistered securities offering of XRP tokens.

Ripple has filed a motion to dismiss a class-action lawsuit alleging that it held an unregistered securities sale of its XRP tokens.

In court documents filed on Dec. 4, Ripple argues that the plaintiffs’ case is contradictory and “self-defeating.” Alongside a reiteration of previous arguments, the company now also claims that, even if XRP were a security, the statute of repose had passed before the lawsuit was brought to court.

Ripple says that XRP is not a security, but even if it were...

In what is reportedly Ripple’s last attempt to get the case thrown out before the scheduled hearing date in mid-January, the company reiterates its belief that XRP is not a security.&

However, this latest filing adds the argument that, even if XRP were a security, then the plaintiff’s claim would not be admissible, because the statute of repose only allows claims to be made within three years of the security being offered to the public.&

Ripple sold XRP to the general public in coin offerings from 2013&-2015, while the case was only brought to court in 2018, when lead plaintiff Bradley Sostack alleged that Ripple misled investors and sold XRP in violation of federal law.&

Furthermore, the filing claims that Sostack has been unable to show that he actually purchased XRP from the defendants or through an initial coin offering. Sostack allegedly bought his XRP from an unknown third party through an exchange in January 2018.&

Will we find out whether XRP is a security?

The class-action lawsuit has been a constant back-and-forth between the plaintiffs and Ripple. As Cointelegraph reported in August, the suit gained traction this summer when Sostack appealed to SEC guidelines.

Ripple subsequently moved to dismiss the case in September, stating that the court need not resolve whether XRP is a security. At the time, crypto-focused lawyer Jake Chervinsky said:

“They make twelve separate arguments for dismissal of the plaintiff's claims. Not a single one squarely addresses whether XRP is an unregistered security.”