‘Still so early’ — 7% of Americans have bought Bitcoin, study finds 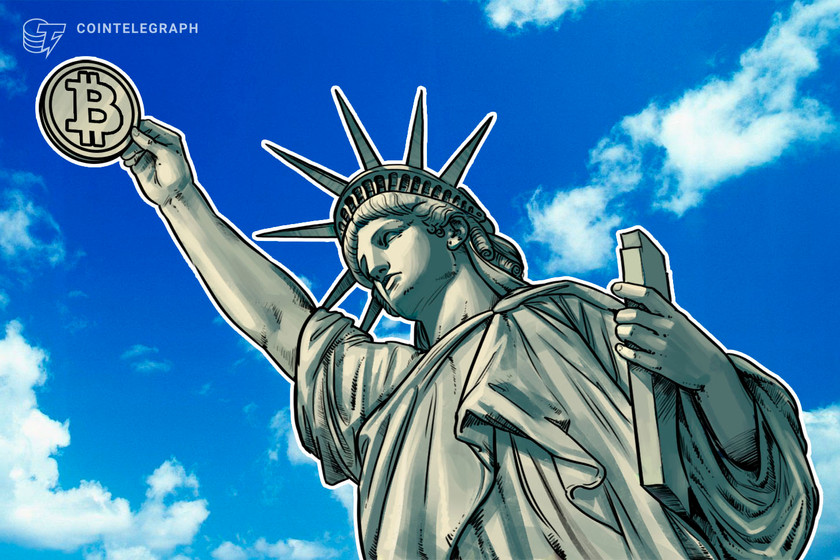 Dan Tapiero shared a survey from Statista that showed only 7% of Americans previously used BTC, showing Bitcoin is still in an early phase.

According to new data from Statista, only 7% of Americans have previously used Bitcoin (BTC). This means current investors in BTC are still in an early stage of growth.

Dan Tapiero, the co-founder of 10T Holdings, said Bitcoin is still at the “birth” phase of a new asset class. He wrote:

“It's still so early for Bitcoin. Still at the birth of a new global asset class.”

In the longer term, Bitcoin has significant growth potential to evolve into an established store of value, like gold. If so, investors anticipate its valuation to increase exponentially over the next decade. 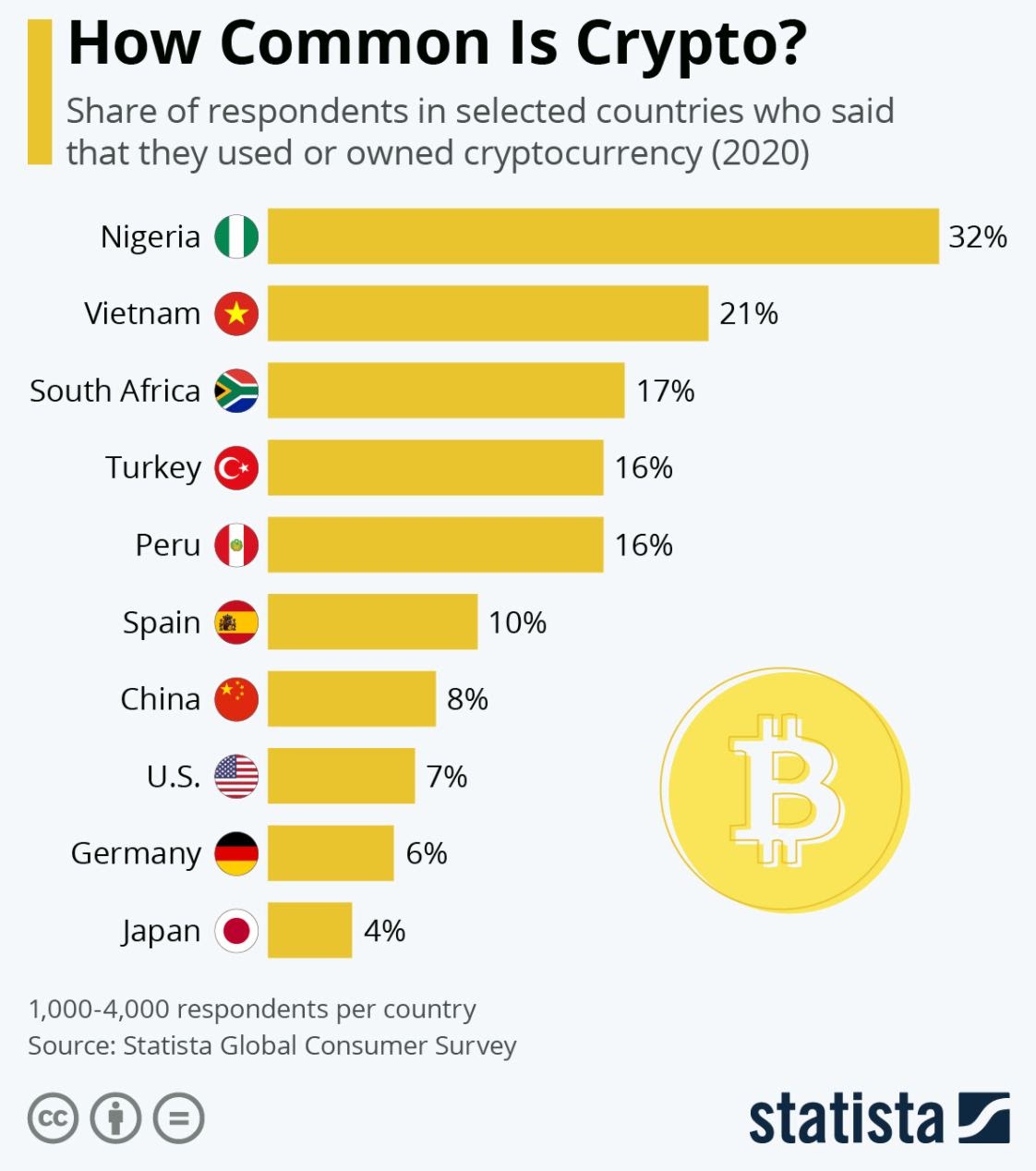 The percentage of people that previously used Bitcoin. Source: Statista

What is needed for Bitcoin mainstream adoption to pick up?

Currently, the majority of the demand for Bitcoin comes from investors that perceive BTC as gold 2.0. Investors believe BTC would eventually establish itself as a safe-haven asset.

But if the retail demand for Bitcoin picks up in tandem across major regions, it could cause BTC to grow exponentially.

The data from Statistica shows only six countries have more than 10% of their population as Bitcoin users. The top countries in terms of Bitcoin users per capita are Nigeria, Vietnam, and South Africa, the Statista Global Consumer Survey found.

Tapiero emphasized that the survey does not include countries top to bottom, which might have missed large cryptocurrency markets. South Korea, as an example, is not on the list despite being one of the world’s bigger Bitcoin markets. He said:

“It's a survey of select countries. It's not a straight top to bottom survey. IE there are countries that belong on this list that are not listed.”

In recent years, the Bitcoin exchange and fiat on-ramp infrastructure have significantly improved across the U.S., Europe, and Asia. However, there are still many countries that lack a reliable exchange infrastructure to this day.

Canada, as an example, lacks a strictly regulated major local cryptocurrency exchange users can rely on, apart from Coinbase.

Once the exchange and fiat on-ramp infrastructure gets fully established, then it would become easier for retail investors to enter the market.

Without exchange-traded funds (ETFs) and major bank custodians, users still have to undergo a relatively complex process of using exchanges. Some exchanges require a thorough Know Your Customer or KYC verification process before users can initiate wire transfers to buy Bitcoin.

As such, until there are further improvements in the infrastructure to onboard retail investors, the broader mainstream population would likely struggle to enter the cryptocurrency market. 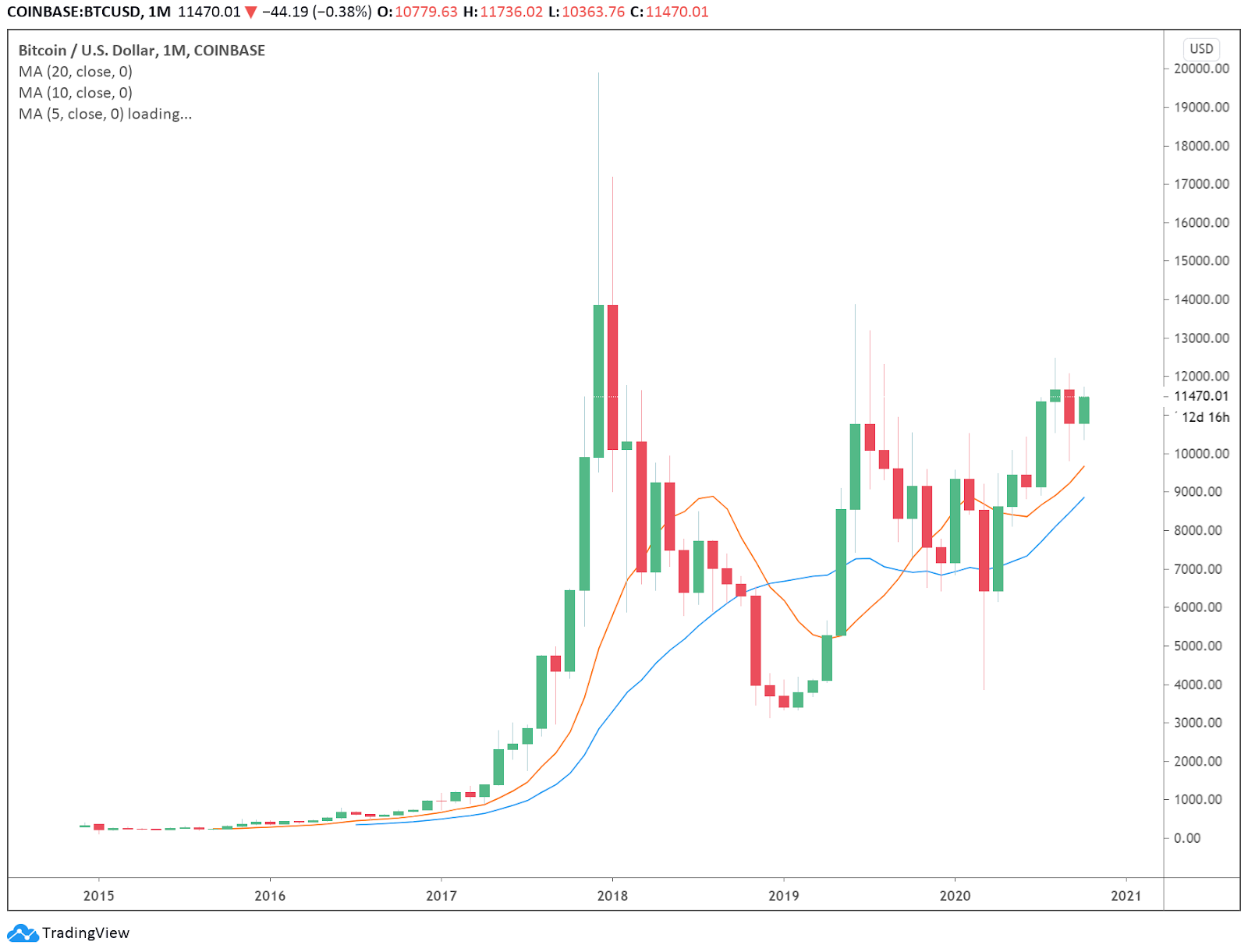 Where would BTC go with mainstream adoption?

The long-term predictions of Bitcoin widely vary, anywhere from $20,000 to $1 million.

On Oct. 16, Cointelegraph reported that asset manager Raoul Pal, the founder of the Real Vision Group, believes BTC is heading to $1 million.

At a price point of $1 million, the fully diluted market capitalization of BTC would be at around $21 trillion. That would be more than two-folds of gold’s current market valuation of $9 trillion.