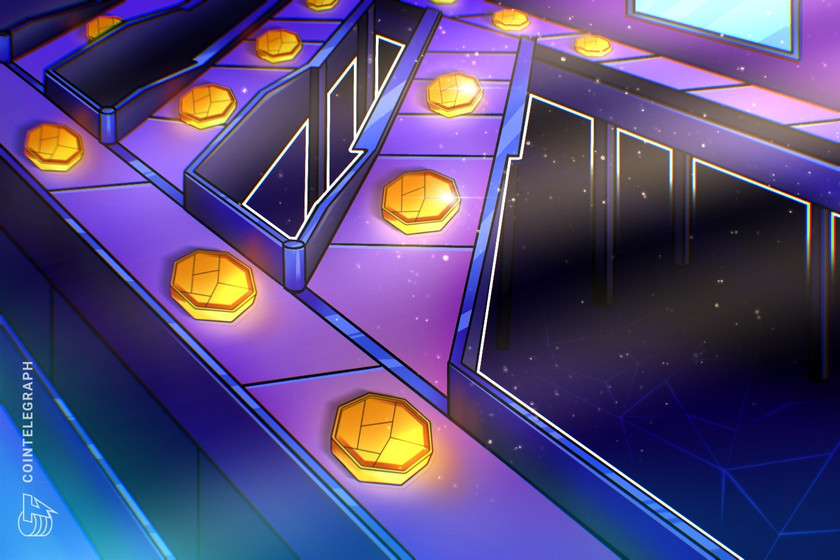 Are there too many cryptocurrencies? Choice can be a good thing — but not all digital assets are born equal.

The cryptocurrency industry has grown at a staggering pace. There are now almost 21,000 different coins in existence, across a variety of subsectors. From metaverses to decentralized finance, investors are spoiled for choice.

But a burning question, especially among crypto skeptics, is this: Are there too many cryptocurrencies? We've repeatedly seen how new altcoins can be created in the blink of an eye. Tokens popped up hours after Will Smith slapped Chris Rock at the Oscars — pumping and dumping on low liquidity. And following the death of Queen Elizabeth, the markets were flooded by a flurry of "memecoins" bearing her name. Some critics felt this was in poor taste and argued it was "a bad look for crypto."

Despite the proliferation of thousands of cryptocurrencies — some with names inspired by major coins — Bitcoin and Ethereum continue to dominate. Combined, the valuations of these two digital assets command a 58.2% share of the entire market. All of this leaves altcoins battling for a much smaller piece of the pie.

Is choice a good thing?

Let's begin by discussing the arguments in favor of this overwhelming assortment of cryptocurrencies.

While Bitcoin and Ether are universally recognized and accepted, it's fair to say that many blockchains and crypto projects would prefer to have their own tokens. In some cases, it's a necessity too — football fan tokens wouldn't make sense unless the likes of Manchester City and Paris Saint-Germain were able to offer their own digital assets.

Stablecoins are another group of cryptocurrencies where a variety of options is important. While assets pegged to the U.S. dollar dominate the landscape, some investors prefer to use stablecoins denominated in their local fiat currency, such as euro or pound. And given how some stablecoin issuers have faced uncomfortable questions about whether the coins in circulation are properly backed by hard currency in reserve, the variety on offer empowers investors with the ability to perform due diligence and find an asset that matches their appetite for risk.

The cryptocurrency market is somewhat similar to a superstore. Inside the biggest retailers, you can come across 10 types of the same cereal — and countless varieties of ketchup. But each has a different price point and a value proposition. Specialists within these stores will have also performed taste tests and safety checks before allowing the products on shelves.

You could argue that it's a similar story when it comes to crypto exchanges. Trading platforms such as HitBTC have a rigorous listing process to ensure that all well-established cryptocurrencies are offered to its customers — as well as new tokens that show potential. Given how many digital assets are now in existence, this can sometimes feel like finding a needle in a haystack.

Of course, there's two sides to every coin. With thousands of different altcoins on offer, the desire to continually create new cryptocurrencies arguably leads to further fragmentation in the industry. A project's insistence that only its native token will be accepted can add costs for consumers too, because they'll need to make conversions from better-known cryptos — and pay trading fees along the way.

It's impossible to imagine a world where Gmail users could only send emails to others who have a Gmail account, with Yahoo and Outlook also operating as walled gardens. But this seems to have become the status quo in the crypto industry — and although efforts are being made to boost cross-chain communication and forge bridges between blockchains, there's still a lot of work to be done. These bridges can also suffer unfortunate security vulnerabilities, as we saw with the Ronin hack back in March.

And on the issue of whether there are too many cryptocurrencies, some critics argue this proves how ineffectual the market is. What's the point of having Bitcoin, which has a fixed circulating supply of 21 million, when there's an unlimited supply of other coins?

Figures from 99 Bitcoins suggest that there are more than 1,700 dead coins — a veritable graveyard of failed digital assets that suffer from inactive development, low trading volume, poor online presence, a lack of listings on major exchanges, or all four. Given we're currently in a bear market, it's almost certain this figure will rise in the months ahead.

It's worth remembering that the crypto bull run of 2021 can draw parallels with the dotcom boom 20 years earlier. Back in the early 2000s, frenzied activity saw an explosion in the number of internet companies trading on the stock market, and many of them boasted sky-high valuations. Many of them ended up going bust, including Pets.com and Boo.com.

In a recent report, KPMG warned that cryptocurrencies lacking "clear and strong value propositions" could also end up dying out in the next few months, but added: "That could actually be quite healthy from an ecosystem point of view because it'll clear away some of the mess that was created in the euphoria of a bull market. The best companies will be the ones that survive."

And that's the other lesson that can be drawn from the bull run — no matter how brutal or prolonged a bear market is, some cryptocurrencies will survive and thrive. This also remains a hugely experimental technology, and there are bound to be failures along the way.

HitBTC argues that the crypto markets are still far from maturity. It describes itself as one of the pioneers of the exchange market, given how it launched in 2013. The company says security, ease of use and reliability are top priorities — alongside competitive fees and a stable infrastructure. It now lists more than 1,000 cryptocurrencies, and also offers staking and futures.

The crypto industry is innovative, and exciting use cases are continually emerging for digital assets. Because of this, the number of new cryptocurrencies in existence is unlikely to slow anytime soon. This means it's down to investors to perform detailed due diligence on which coins to invest in — and exchanges must play an instrumental role in ensuring that they only list credible coins that add value to the ecosystem.

Disclaimer. Cointelegraph does not endorse any content or product on this page. While we aim at providing you with all important information that we could obtain, readers should do their own research before taking any actions related to the company and carry full responsibility for their decisions, nor can this article be considered as investment advice.