Rumors about a close partnership between Ripple Labs and Bank of America have been circulating for quite some time. A tweet from Linqto now warms up this rumor again and reports a remarkable closeness between the company and the bank.

Nick Burrafato, Director of Member Sales at Linqto, is reporting in a tweet about a face-to-face conversation with Ripple CEO Brad Garlinghouse (BG) at Ripple Swell 2022 in London, which ended a few days ago. Burrafato stated that Garlinghouse was “very confident.” In an audio message, Burrafato said:

I met him first in Singapore in 2009, and he’s even more confident today than he was back then. He made it clear that they are ready to settle with the SEC as long as they can get clarity on XRP.

The Linqto employee asked if U.S. companies are waiting on the sidelines to get into the game once clarity is achieved by settling the SEC battle. Garlinghouse allegedly said “absolutely” and specifically mentioned Bank of America.

“Bank of America is a huge partner of Ripple” Garlinghouse reportedly said. Further, Burrafato quoted the Ripple CEO as saying, “Bank of America stands to gain really big when the settlement happens because they are gonna have a huge competitive advantage over their competitors by using ODL and the marketplace.”

All in all, Garlinghouse was “very very bullish”, Burrafato stated.

Ripple Labs CEO Brad Garlinghouse stated to Linqto Director of Member Sales Nick Burrafato at Ripple Swell 2022 in London that "Bank of America is going to gain a competitive advantage when the SEC v Ripple case settles, by using ODL in the marketplace." https://t.co/y8g5cOdYZT pic.twitter.com/RDzGgmj8GV

Close Ties Between Ripple Labs And Bank Of America

Headlines about a partnership between Bank of America and Ripple are not new. For the most part, however, it was speculation, as little information was released to the public.

However, this changed in April 2020, when Head of Global Banking at BoA, Julie Harris, confirmed the partnership with Ripple in an episode of Bank of America’s “Treasury Insights” podcast.

On the topic of what will change in the banking sector over the next 10 years, Harris said Bank of America’s first goal is that customers can do anything, anytime, anywhere. To that end, new solutions will be integrated to keep up with the rapid changes in the fintech world:

It’s not about our platform and our capabilities, it’s about you as a client and the infrastructure you have and the ability for us to integrate, whether that’s with platforms and capabilities that we built or partnerships that we have with the likes of Ripple or Swift.

Harris further elaborated at the time that “these” are fintechs meet all strict legal and compliance requirements.

Initial rumors of a partnership between Ripple and Bank of America date back even further. Chatter first surfaced in 2016, when the two had worked together on a pilot project. However, no details were published at that time. Also, it did not come to light whether the companies used the cryptocurrency XRP in the process.

The XRP price is currently in a slightly better situation as Bitcoin. While BTC saw a new bear market low yesterday, XRP was able to stay above its low at $0,32. At press time, XRP was trading at $0,36. 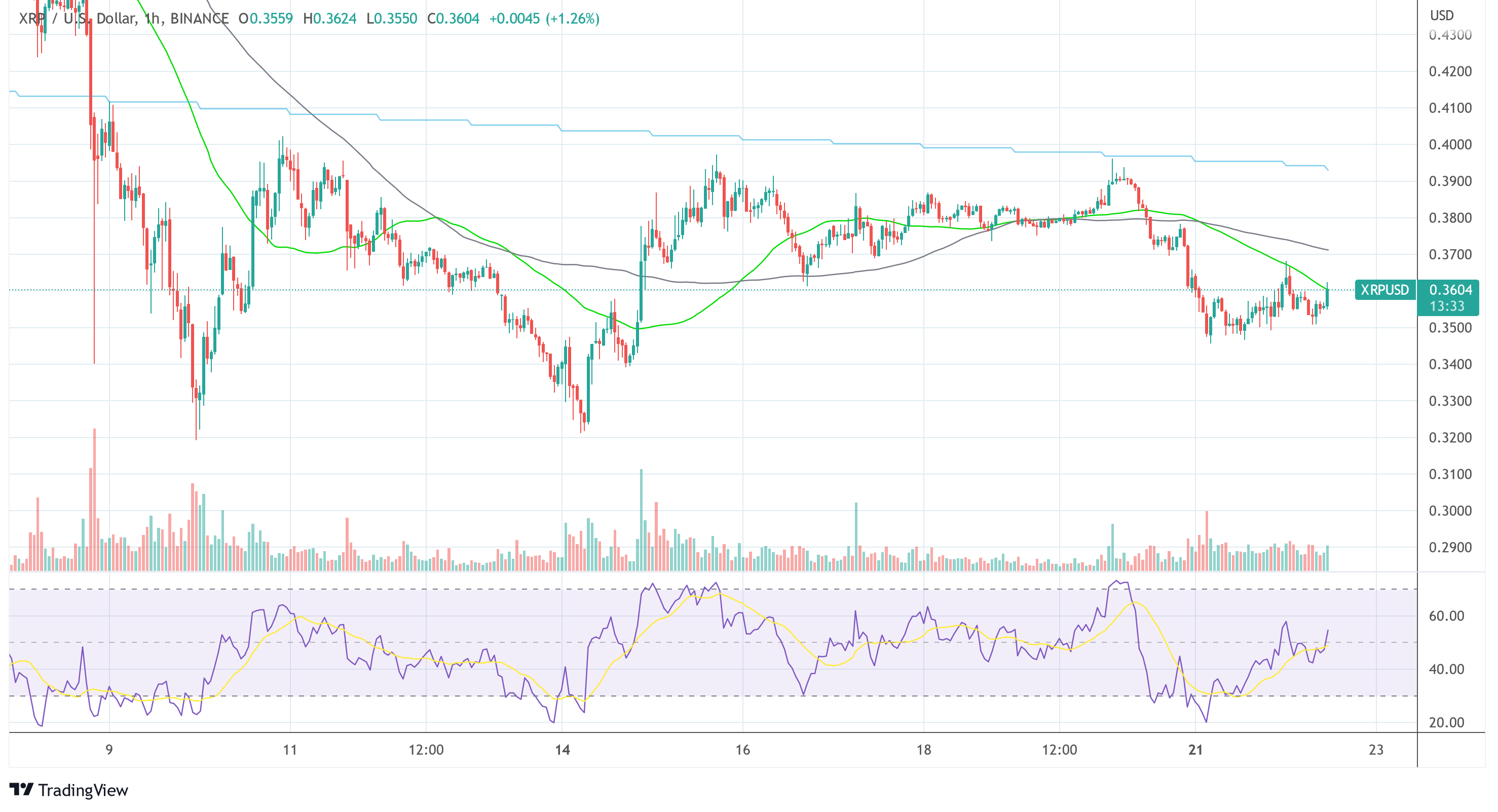