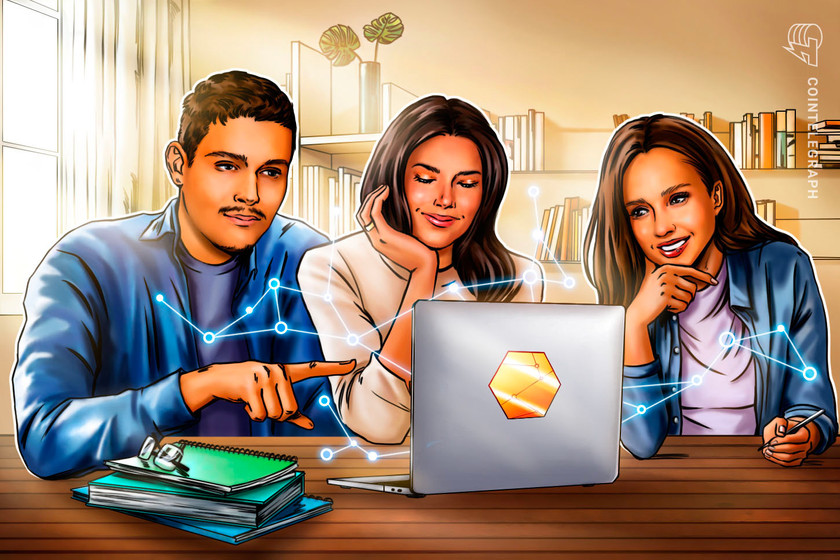 Industry experts and one skeptical economist tackle the world of crypto, blockchain and Web3 in a new series from online learning platform Masterclass.

For the uninitiated, the world of cryptocurrencies and blockchain technology can be daunting, confusing and difficult to comprehend. Three industry experts and a skeptical economist explore the past, present and future of the burgeoning technology in a new online learning series.

Masterclass is a web-based education platform that offers “classes” from subject matter experts in their respective spheres of influence. You can learn how to cook with Gordon Ramsay, explore the art of acting with Natalie Portman or master the tennis racket with Serena Williams.

Its newly launched series on cryptocurrencies, blockchain and Web3 technology follows in the same vein. Binance CEO Changpeng “CZ” Zhao, A16z general partner Chris Dixon, Coinbase president Emilie Choi and Nobel laureate economist Paul Krugman tackle the ins and outs of the subject that is gradually transforming the way we transact and use the internet.

Cointelegraph was offered exclusive access to the series which starts off with an introduction to cryptocurrencies and a macro view of blockchain technology’s inception. In typical Masterclass style, the episodes are superbly produced, with the trusty experts giving anecdotes and answering the most pertinent questions of newcomers to the space.

Zhao encapsulates the evolution of the technology by highlighting how the internet allowed humanity to transfer information, while blockchain builds upon that by powering the transfer of value. Meanwhile, Choi provided a more pertinent insight, pressing home the power of decentralization in giving control back to individuals:

“Crypto is by default inclusive as long as you have some sort of internet connection. This is particularly powerful for people who have been locked out of the traditional financial system.”

Dixon is also a prominent voice through the series, lending his expertise as a technology entrepreneur and prominent cryptocurrency and Web3 evangelist. His introductory thoughts in the series set the tone for the overarching theme of Web3’s influence on the ever-evolving internet: “The big question now is how will those new networks in the next year of the internet be created, who will own them, who will control them and who will make the money.”

The history of crypto — Rooted in Bitcoin

Zhao takes a central role as Masterclass covers the history of cryptocurrency. Rooted in cryptography and the need to solve the Byzantine General’s Problem, Zha unpacks these concepts before touching on the enigma that is Bitcoin’s (BTC) pseudonymous creator Satoshi Nakamoto.

With the 2008 financial crisis as a trigger point, the CEO points to the publication of the Bitcoin white paper as a seminal moment for the cryptocurrency and Web3 landscape that we know and use today. The famous Bitcoin pizza is also featured, given its importance as the first commercial transaction using Bitcoin.

The development of Ethereum is another focal point as a means for entrepreneurs to enter the cryptocurrency ecosystem thanks to smart contract functionality and the ability to issue ERC-20 tokens.

The concept and appeal of “freedom” are touched on by both Zhao and Dixon, with the former pointing to this aspect being desirable to both libertarians and “hardcore anarchists.” Dixon wraps up the class by quoting writer William Gibson:

“The future is already here, it’s just not evenly distributed.”

His belief is that crypto is still a grassroots internet and technology movement. But tech companies and financial institutions don’t like it, which puts paid to the quote above.

Web3: Read, write and own

Web3 is becoming a ubiquitous concept, but the influence of cryptocurrencies and blockchain technology may well be lost on some. Masterclass does a good job bringing the pieces back together as Choi highlights the main differences between Web1, Web2 and Web3.

Web1 represents the early internet, where websites were read-only landing pages governed by open protocols and users simply consumed information. The rise of Web2 in the early 2000s introduced read-and-write functionality, which Choi described as a paradigm shift:

“Users are the product, central companies dictated rules and held control of the data and content users created.”

Dixon gets stuck in at this point, highlighting the rise of Google, Facebook, Amazon and Apple unlocking the power of technology, doing things you can’t do with TV, magazines and other mediums. The result was the consolidation of power and economic control between a handful of major companies:

“What that means for creators, devs and entrepreneurs is that instead of building on open systems, you were dependent on those companies to acquire and maintain audiences to sell things.”

This is where Web3 enters the fray, democratizing not just information but publishing and ownership. It is inherently community-owned and operated, with token applications proliferating new Web3 applications and concepts.

Choi sums it up succinctly, with cryptocurrency forming the backend infrastructure that powers Web3. Web3, she contends, is more about front-end apps that become more robust in a crypto-powered world:

“If you look at the Metaverse as a Web3 experience, crypto is the central plumbing for tokens and wallets.”

Perhaps most importantly, Dixon weighs in on why Web3 matters considering three simple questions. Who makes the money? Who controls the content? Who controls the network? Web3’s value is the transfer of true ownership from the few to the many:

“Is it companies or communities of people? The internet is clearly the most important tech innovation still developing today. It affects culture, politics, economics and our daily lives.”

A separate episode on nonfungible tokens (NFTs) sees Dixon dive head-first into the popularity of digital collectibles and tokenized assets. Sport-focused digital collectibles, digital artwork changing the way artists own, share and earn from their creations and musicians making use of NFTs to engage with fans are all notable use cases highlighted in the series.

In a first for Masterclass, economist Paul Krugman hosts a thought-provoking debate with Zhao, posing a host of pertinent questions that address perceived problems with crypto from a mainstream lens.

Krugman’s role as the skeptic economist is measured but assertive, with questions ranging from what problems cryptocurrencies solve, why regular financial institutions and banks should adopt blockchain and how these systems can power fast and cheap transactions.

All in all, the series serves up introductory, lecture-style chapters touching on the basic principles of the industry. Without getting technical, core concepts that have influenced the development of cryptocurrencies, blockchain and Web3 innovations are unpacked in an easy-to-digest form.

Common questions of skeptics are addressed as well, presenting a balanced macro-view of the space that might just lead intrigued viewers down a path of further individual discovery of all things crypto.