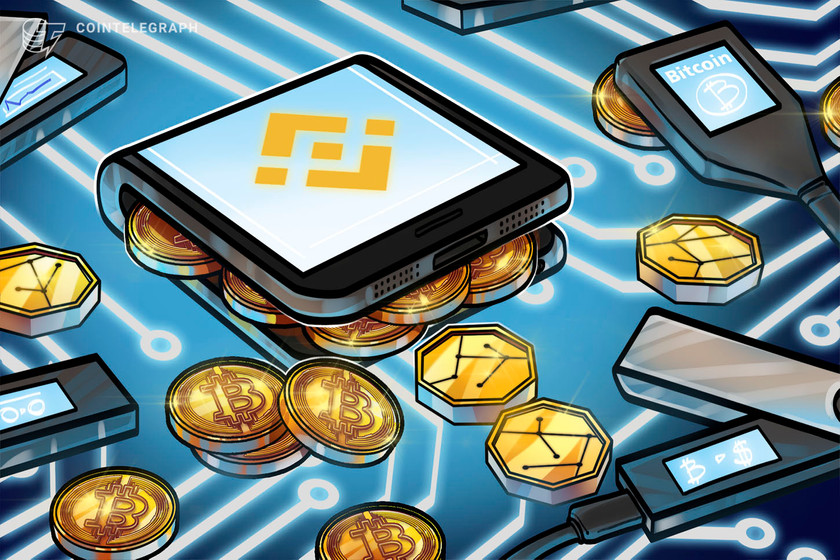 Binance previously said the firm’s corporate holdings are recorded in separate accounts and should not form part of the proof-of-reserves calculations.

Major cryptocurrency exchange Binance reportedly admitted that it mistakenly stores some customer funds in the same wallet with its collateral for some in-house tokens. After the revelation, Binance started the process of transferring the assets in question to dedicated collateral wallets.

Binance mistakenly put collateral for some of the Binance-minted tokens, or B-Tokens, in a wallet that also holds customer assets, Bloomberg reported on Jan. 24.

On Monday, Binance released a proof of collateral for B-Tokens, providing information for all 94 tokens issued by Binance. The firm previously stressed that B-Tokens are always fully collateralized and backed 1:1.

According to the ​​proof of collateral, Binance reserves for almost 50% of all B-Tokens are currently stored in a single wallet called “Binance 8.” The wallet holds significantly more tokens in reserve than required for the amount of B-Tokens that Binance has issued. That allegedly suggests that Binance mixed collateral with clients’ coins rather than storing such assets separately.

Despite the matter relating only to B-Tokens, such a wallet management system would apparently contradict Binance's own wallet guidelines.

According to Binance’s proof of reserve (PoR) page, the exchanges' corporate holdings are recorded in separate accounts and do not form part of the proof-of-reserves calculations. Binance stated:

“When a user deposits one Bitcoin, Binance's reserves increase by at least one Bitcoin to ensure client funds are fully backed. It is important to note that this does not include Binance’s corporate holdings, which are kept on a completely separate ledger.”

According to Bloomberg, Binance has admitted that it stores B-tokens mixed with its own reserves by mistake and is doing its best to fix the issue soon.

“Binance is aware of this mistake and is in the process of transferring these assets to dedicated collateral wallets,” a spokesperson for Binance reportedly said. The representative also noted that Binance 8 is an exchange cold wallet, adding that collateral assets have been previously moved into this wallet in error.

Binance did not immediately respond to Cointelegraph’s request for comment.

As previously reported, Binance launched a PoR process in late November to gain more public trust amid the failure of the FTX crypto exchange. By early December, the exchange scored partnership with the accounting firm Mazars as its official PoR auditor.

Soon after confirming that Binance’s Bitcoin (BTC) were fully collateralized, Mazars removed Binance’s PoR audits from its website without providing any explanation.