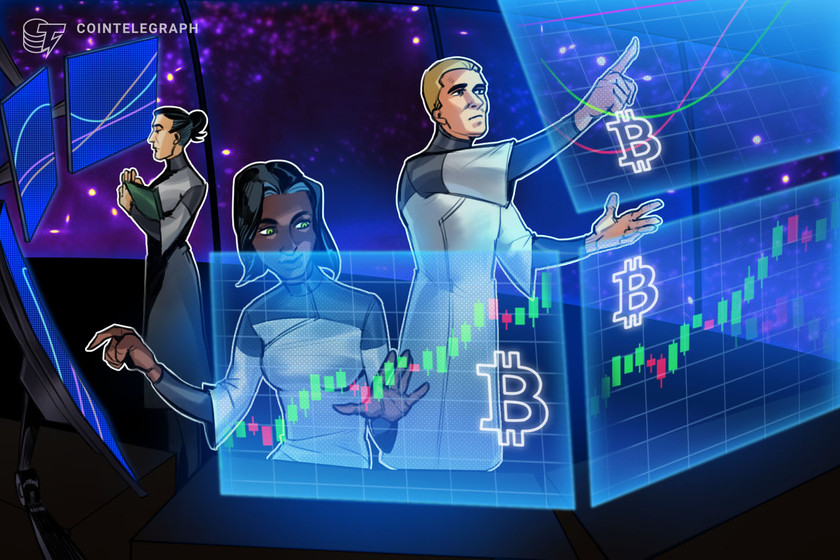 Polls suggest that the Fed is likely to raise rates by 75 basis points as Bitcoin price clings to $19,000.

BTC's price has managed to cling on to $19,000 with a modest daily gain of 1.33% . Meanwhile, the U.S. dollar index (DXY), which measures the greenback's strength versus a pool of top foreign currencies, rose to 110.86, the highest level in 20 years.

The Federal Reserve is poised to discuss how far it could raise its benchmark lending rates to curb record inflation. Interestingly, the market expects the U.S. central bank to hike rates by 75 or 100 basis points (bps).

The ramification of higher interest rates will likely result in a lower appetite for riskier assets like stocks and cryptocurrencies. Conversely, the U.S. dollar will serve as the go-to safe haven for investors escaping risk-on assets.

"There seems no reason for the Fed to soften the hawkishness shown at the recent Jackson Hole symposium, and a [0.75 percentage point] 'hawkish hike' should keep the dollar near its highs of the year," analysts at ING told the Financial Times.

Independent market analyst PostyXBT argues that a 100 bps rate can "nuke" Bitcoin below its current technical support of $18,800. He also suggests that BTC has a good chance of recovery if the rate hike turns out to be lower than expected, or 50 bps.

As us FOMC experts would know, today is a big day!

Going to be a very interesting daily close https://t.co/C5ClM436N6 pic.twitter.com/mJP7qpGEv1

These speculations echo general rate hike expectations. John Kicklighter, the chief strategist at DailyFX, notes that a 50 bps rate hike would be bullish for the U.S. benchmark stock market index.

Nonetheless, a 100 bps rate hike would be extremely bearish for the S&P 500. This could be equally problematic for Bitcoin, whose correlation with stocks has been consistently positive since December 2021.

Related: What’s next for Bitcoin and the crypto market now that the Ethereum Merge is over?

These metrics raise the alarm about an impending recession. But offsetting those are unemployment data at its record low and housing starter rates still above their danger zone of $1.35 million, according to data presented by Charles Edwards, founder of Capriole Investments.

Normally, recession warnings prompt the Fed to pivot. In other words, to scale back or pause hiking rates. But Edwards notes that the central bank will not pivot since the U.S. economy is technically not in recession.

"Until major concerns of recession show up, until it hurts where it counts — employment — there is no reason to expect an urgent change in Fed policy here," he wrote, adding:

"So it is business as usual until we have evidence that inflation is under control."

Most economists, or 44 of the 72 polled by Reuters, also predict that Fed would raise rates by 75 bps in their September meeting. Therefore, Bitcoin could avoid a deeper correction if it maintains its correlation with the S&P 500, based on Kicklighter's outlook.

From a technical perspective, Bitcoin could drop to $14,000 in 2022 if a drop below its current support level of around $18,800 triggers a "head-and-shoulders" breakdown.