The insolvency of Genesis Trading and the related uncertainty about the future of Digital Currency Group (DCG) and Grayscale have not really dampened the mood on the Bitcoin market in recent weeks. Genesis’ bankruptcy filing, which was announced last Thursday, seems to have already been priced in by investors.

Nevertheless, the risk of a worst-case scenario with the liquidation of Grayscale’s Bitcoin Trust (GBTC) with over 630,000 BTC has still not been eliminated. A crucial event in this context could be the lawsuit of Grayscale against the U.S. Securities and Exchange Commission (SEC) seeking approval to convert GBTC into a spot ETF.

And possibly on the occasion of the Genesis bankruptcy, the Court of Appeals has moved up the scheduling of the oral argument between Grayscale and the SEC. According to a January 23 court order, the hearing date has been set for March 7 at 9:30 AM ET.

Earlier, Grayscale’s chief legal officer Craig Salm had estimated that oral arguments would not be exchanged until the second quarter. The hearing date thus comes after nearly nine months since Grayscale filed its lawsuit against the SEC in June 2022.

Why The Litigation Is Crucial For Bitcoin

Following Genesis’ bankruptcy filing, investors are wondering what this means for DCG and its subsidiary Grayscale. While there is currently no clear answer to this, there is speculation that the crypto lender could take its parent company and thus Grayscale down with it.

In addition, another huge headache for DCG and Grayscale in particular is the lost confidence in GBTC. The discount to net asset value is currently around 41%. Many believe that converting the trust into an exchange-traded fund would be the best solution for investors and the company to regain confidence and eliminate the discount.

However, this could be a race against time. Just last week, it was announced that DCG suspended its quarterly dividend in order to strengthen its balance sheet by reducing operating costs. In addition, DCG is looking into selling crypto media company CoinDesk to raise much-needed cash.

All of this suggests that DCG is on shaky ground, while selling its own GBTC and ETH holdings is not really an option. According to Bloomberg data, DCG owns nearly one-tenth of all GBTC shares.

But because of securities regulations, DCG is not allowed to sell more than 1% of its outstanding GBTC shares per quarter. Moreover, DCG would further harm the trust and widen the price discount.

In this respect, the lawsuit against the SEC seems like a glimmer of hope to pick up steam with the first Bitcoin spot ETF approved on U.S. soil while patching the holes created by Genesis. Therefore, Bitcoin investors should closely watch developments in Grayscale’s legal battle with the SEC.

At best, the first Bitcoin spot ETF will be approved – an investment vehicle for institutional investors that has long been considered the holy grail for a Bitcoin bull run. In the worst-case scenario, a rejection of the Grayscale lawsuit could have a severe impact on DCG’s next steps. 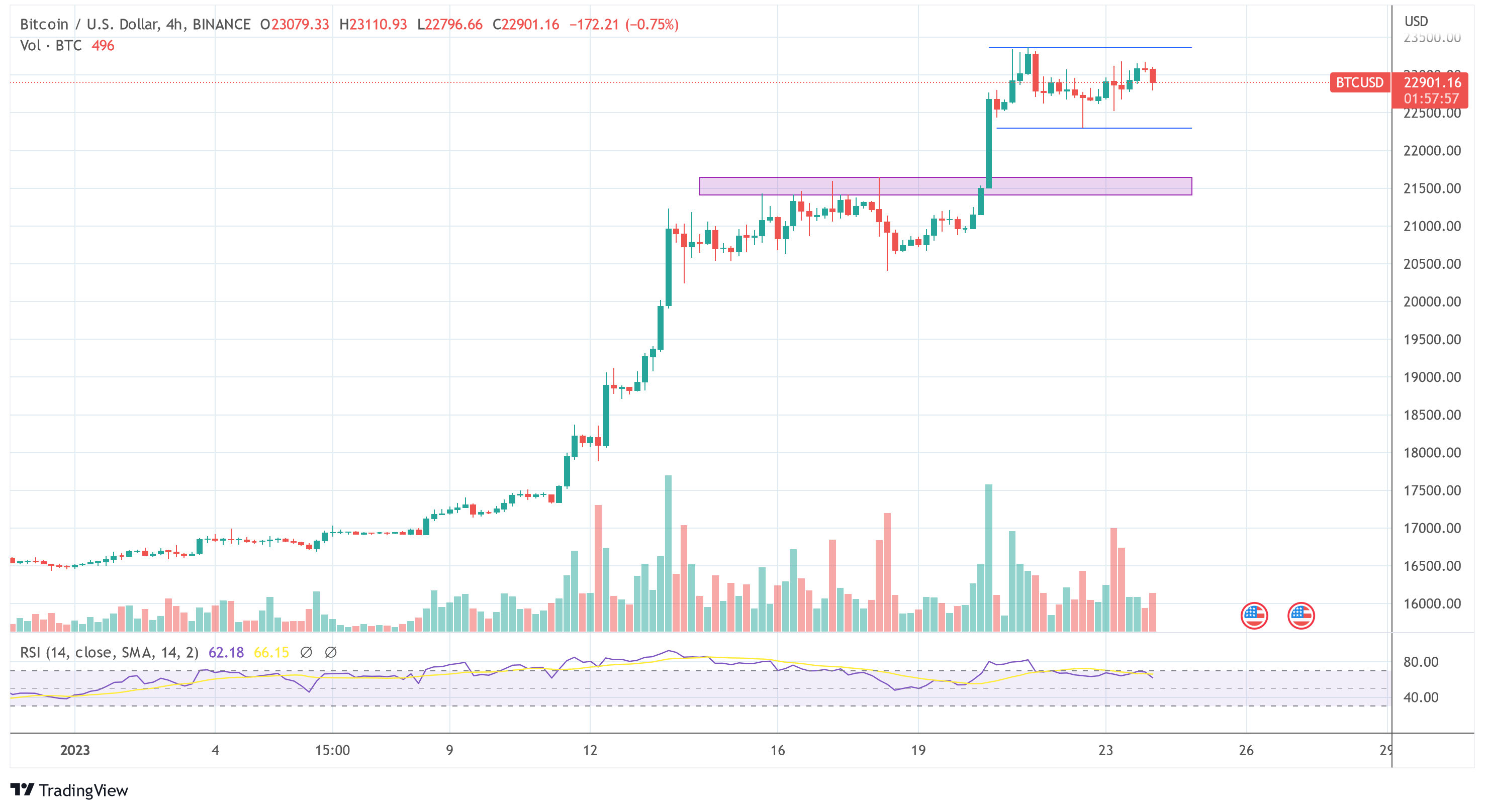