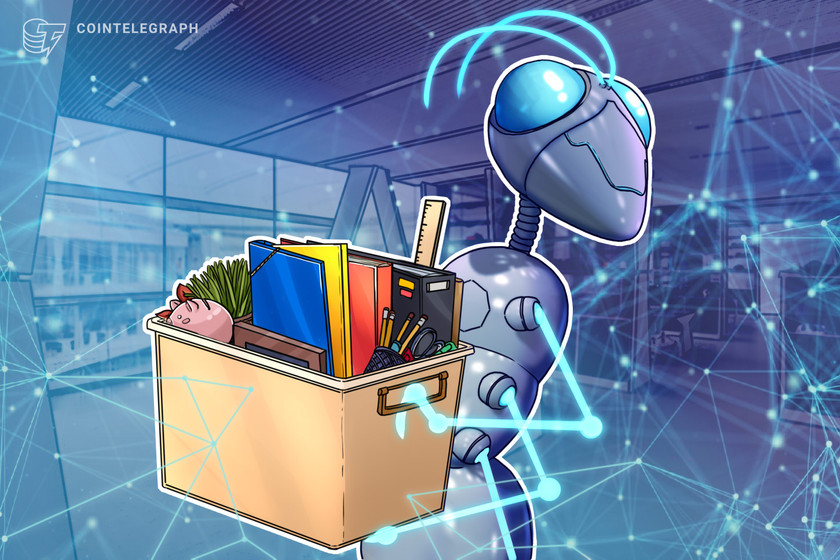 Uncertainty and a lack of communication were among the complaints of Koinly employees laid off in recent months before the company made an official announcement.

Crypto tax firm Koinly announced cuts of up to 14% of its global team in response to the “intensifying bear market” — but many employees have pushed back against this narrative.

In a Dec. 6 announcement, Koinly founder and CEO Robin Singh said the crypto market downturn coupled with fewer people reporting crypto on their tax returns had contributed to the company deciding to let go of 14% of its team. However, several staff members who spoke to Cointelegraph on the condition of anonymity said the cuts had affected many more people at Koinly and were unprofessionally executed.

According to one former Koinly employee, the company had laid off more than 100 permanent employees and contractors in recent months — the entirety of its London and Sydney teams, as well as many in Canada. These cuts reportedly included many within management at the request of Singh deciding to eliminate the positions.

Many of the Koinly employees reported that there was a lack of communication between executives and staff over these layoff decisions, with people receiving little or no notice they would be fired. Some reportedly had access to their Slack accounts removed at the same time they were given notice, resulting in limited communication at departure.

“Start-ups are by nature incredibly volatile,” said an anonymous employee in a Dec. 5 Glassdoor review. “If layoffs need to happen there is a common playbook that everyone follows to avoid any unnecessary pain. At Koinly lay-offs were handled terribly."

"On Monday, 28th November, the company received a slack post about 'flattening the org in 2023'. What followed was daily firings over several days. People who survived the first day would have to come in over the following days feeling anxious and stressed, not knowing if that day would be their last.”

Some who had been with the company speculated that there may have been ties to failed crypto exchange FTX affecting decisions to downsize. Several once-prominent crypto platforms have gone belly up in 2022, including BlockFi, Celsius Network, and FTX Group.

Koinly head of content Michelle Legge told Cointelegraph the majority of employees terminated had joined the firm in the last four months, saying that the "FTX collapse shockwaves" had played a part in the layoffs:

"We understand that some ex-employees are upset and we feel for them [...] We have noted that some are sharing their views publicly and have empathy for their distress at this time. Where we would like to take accountability though is in how the restructuring communications, and layoffs were managed. There is room for improvement in how the changes were communicated to both ex-staff and the remaining team."

Other exchanges and crypto firms have announced similar staff cuts in response to the bear market. Kraken said on Nov. 30 it was cutting its workforce by 30% in an effort to survive the crypto winter, while Australian crypto exchange Swyftx announced 35% staff cuts on Dec. 5 to prepare for a “worst-case scenario.”