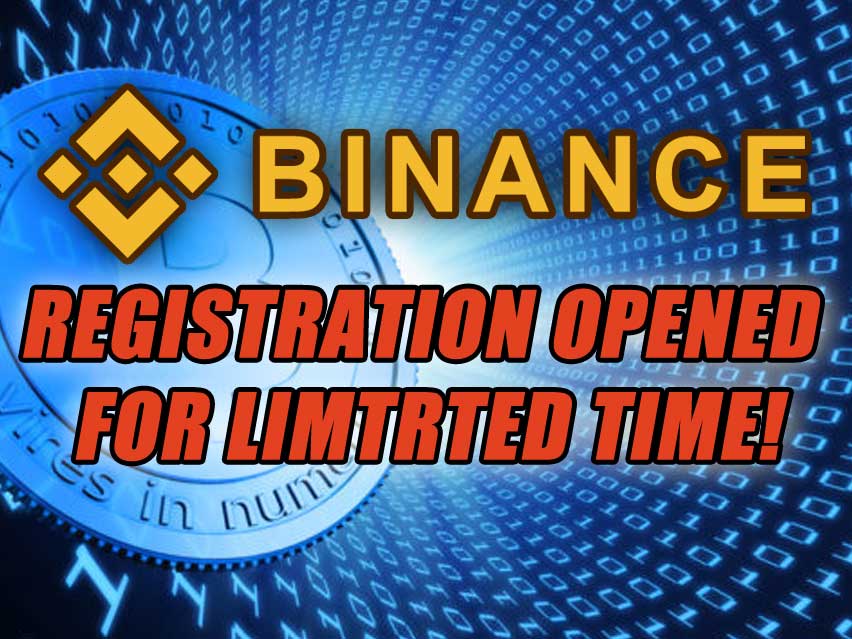 The most popular cyptocurrency exchange Binance re-opens for a limited number of new accounts. Due to its high demand and traffic, Binance disabled its registration temporarily. Binance daily trading volume reaches $5.9 billion dollars.

This is what they announced: "We are pleased to announce that Binance will re-open limited user registrations starting today. To ensure performance for our existing users, only a limited number of new registrations will be allowed each day. Registration open times will vary from day to day, without prior announcement."

Binance has often been praised for its wide variety of support coins. Traders can use the platform for multiple digital currencies, including, but not limited to Bitcoin, Bitcoin Cash, Bitcoin Gold, Ethereum, Ethereum Classic, EOS, Dash, LiteCoin, NEO, GAS, Zcash, Dash, Ripple and more. Binance also supports numerous tokens, as part of ICO listings. With this in mind, traders can use the platform to trade these tokens for a profit as well.

Many newly coins/tokens that just had an ICO would have a higher tendency to be listed on Binance compared to other big exchange. So if you’ve missed an ICO and wants to catch a hold of a particular coin, Binance would be the recommended choice of exchange due to its large trading volume, which would equate to better prices and a higher probability of your buy/sell orders being filled.

To use the exchange, users will first have to create an account. The process behind this is fairly simple and straight-forward and you don’t have to verify your account for level 1 which is a 2BTC daily withdrawal limit. For level 2 which allows up to 100BTC per day, you need to upload a photo ID and wait till you are approved. There are higher limits still, but you will need to contact them directly to arrange that.