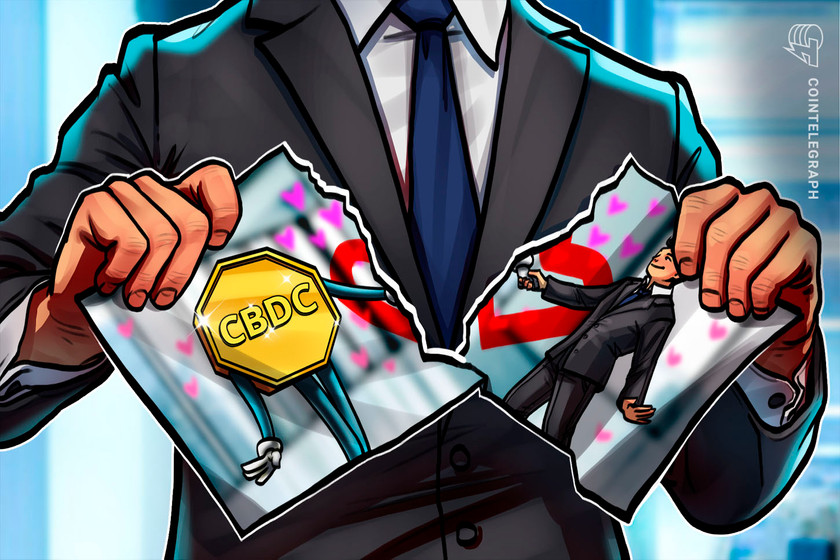 The American Banking Banking Association highlighted that a CBDC issued by the U.S. Federal Reserve lacks “compelling use cases.”

While some countries like Nigeria are aggressively pushing the use of central bank digital currencies (CBDCs), a new report summarized why a number of private stakeholders are against the idea of a CBDC.

The report dubbed “The State of CBDCs in 2022,” published by blockchain insights firm Blockdata, dove into the most significant CBDC developments within the past year. It also pinpointed some of the key reasons why some private companies are against CBDCs.

Citing stablecoin issuer Circle’s stance on CBDCs, the report highlighted that digital currency issuance may be better if left to the private sector and were left to innovate with regulatory approvals. Furthermore, the American Banking Association’s (ABA) stance on CBDCs was also cited in the report. According to the ABA, a CBDC issued by the United States Federal Reserve lacks “compelling use cases” and would rewire the banking system.

In addition, the ABA highlighted that there will be a significant fundamental change in the responsibilities of the Fed if it issues a CBDC and urged that the issuance of digital currencies be left with the private sector.

Apart from these, the report also outlined other concerns by private stakeholders. According to the report, stakeholders are also concerned about anonymity and privacy, interoperability, scalability, technological structure and balance between design and central bank policies.

Meanwhile, the Indonesian government recently said that its central bank plans to make its CBDC the only legal tender in the country. During a speech at the central bank's annual meeting, Bank of Indonesia Governor Perry Warjiyo highlighted new developments in its digital rupiah project and said that it will be integrated with other countries’ CBDCs.

On Dec. 5, Pakistan launched new laws to speed up the release of its CBDC. The State Bank of Pakistan signed laws for Electronic Money Institutions with the help of the World Bank. The country aims to launch its own CBDC by 2025.