The XRP Ledger will see a new amendment go live today, without the explicit approval of Ripple (as always). The “CheckCashMakesTrustLine” amendment will be automatically activated on the XRP Ledger today with a majority of 27 out of 34 votes.

The amendment will adjust the “checks” feature of the XRP Ledger that has been available for two years now. It works similarly to personal paper checks. The sender issues a check for a specified amount, while the recipient must redeem the check to receive the specified amount.

The actual movement of funds does not occur until the check is cashed, so the check may fail to clear depending on the sender’s current balance and available liquidity.

The new change customizes the “CheckCash” transaction so that when a check is cashed for an issued token, a trust line is automatically created for the token. This eliminates the step of setting up a trust line before receiving a token via a check.

Before the change became active, users had to send a separate “TrustSet” transaction before cashing a check for an issued token.

As community member “Wo Jake” explained, the amendment will be approved with 27 out of 34 votes on the dUNL, as the list shrunk from 35 validators to 34. One validator was moved to the nUNL:

The validator that was transferred to the nUNL did not vote and has not moved back to the dUNL for ~2 weeks, resulting in the amendment passing the 80% consensus threshold.

XRP Ledger Is Independent Of Ripple

The amendment system provides a way to introduce new functionality to the decentralized XRP Ledger network without requiring approval from a central entity such as Ripple. The system uses a decentralized consensus process in which more than 80% of dUNL validators must show support for two weeks before the change can go into effect.

In the past, there have been doubts regarding the decentralized aspect of the XRPL and the default Unique Node List (dUNL). However, there are multiple UNLs, and each UNL is a unique list of validators that serve as the source of consensus.

As Wo Jake explained in a previous Twitter thread, there are three widely known UNLs used by the network: that of Ripple, that of the XRP Ledger Foundation, and that of Coil, with all of them overlapping and the most common overlap in the network being the dUNL.

Validators of the XRPL are free to choose which UNL they use. However, the dUNL is most popular because it consists of reliable, secure, and trusted validators, it is the default UNL when installing ‘rippled,’ and it is a reliable source of consensus, as Wo Jake discusses.

Thus, even if Ripple were to go under, the XRP Ledger could persist. Ripple’s influence on the changes is virtually non-existent.

At press time, the XRP price stood at $0.4232, eyeing a breakout out of the resistance zone and above the 200-day EMA. 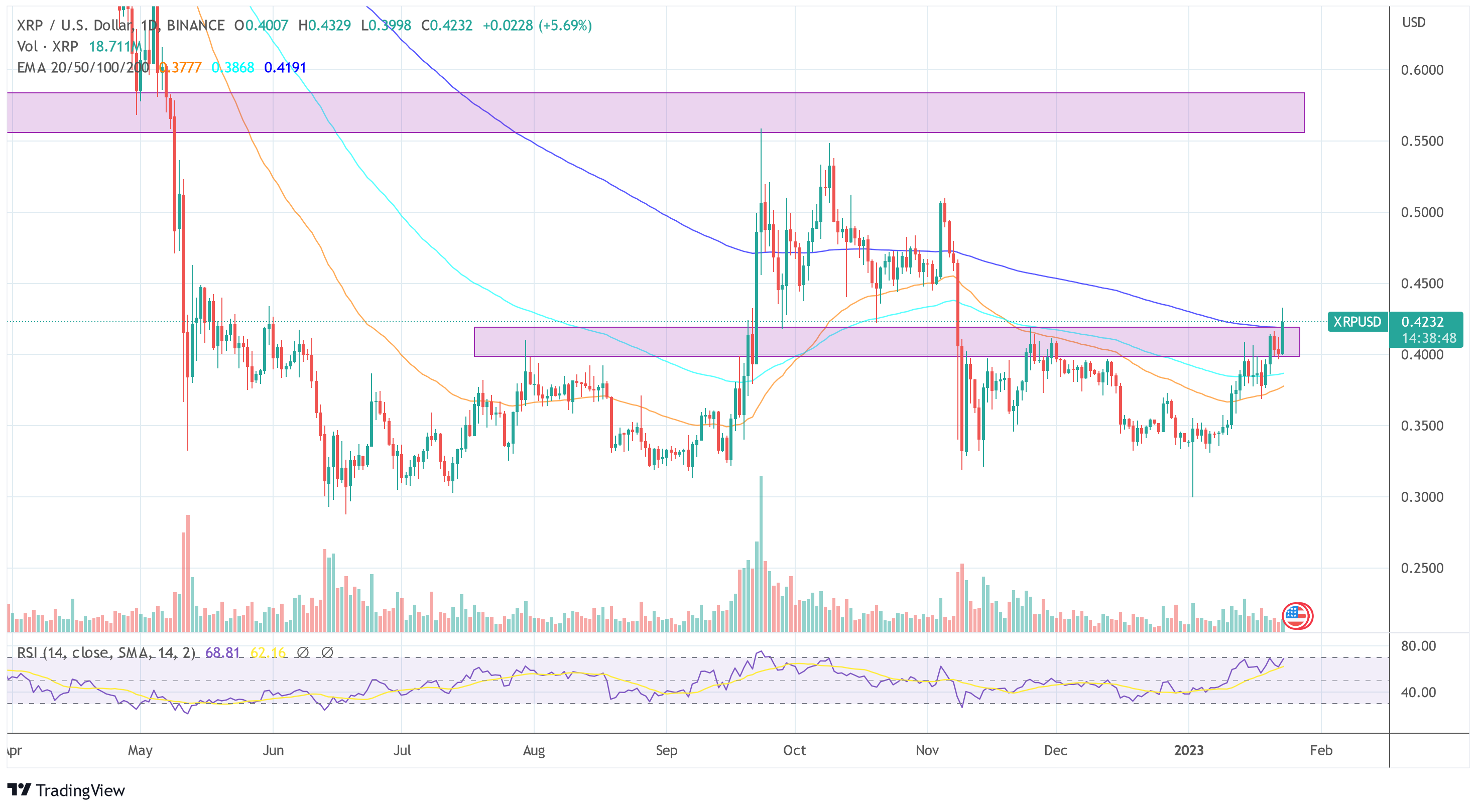