Faced with a decline in cryptocurrency values, Immutable Games Studio is currently downsizing and terminating the job contracts of multiple employees, including one of its senior game designers.

Just months after securing a $200 million fundraising round, the Australian tech company is now letting go some of its employees.

According to CNET, citing sources, James Ferguson, Immutable’s CEO and co-founder, and Justin Hulog, the company’s chief studio officer since March, revealed the layoffs on Tuesday during an all-hands meeting. 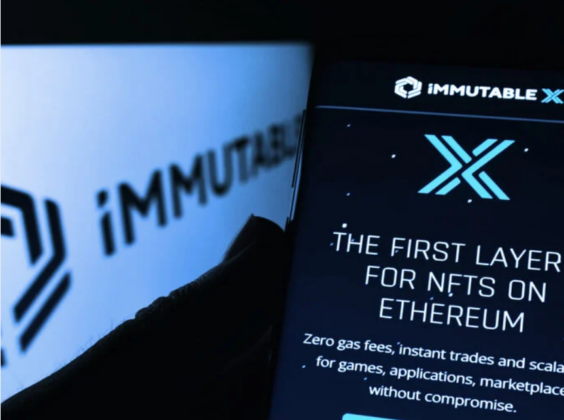 Immutable, a $2.5 billion-valued crypto gaming firm, is the creator of Immutable X, an Ethereum layer-2 scaling solution for games and NFTs that is used by GameStop and TikTok.

A representative from the U.S. division of Immutable stated:

“We have decided to undergo a little restructure within Gods Unchained in order to realize our mission of developing the next generation of web3 games.”

Gods Unchained is a fantasy card game with a turn-based interface similar to The Elder Scrolls: Legends and Hearthstone. The blockchain-based cards in the game are NFTs, which means that each card is unique and can be exchanged on the open market.

Immutable: ‘Smooth Transition’ For Those Who’ll Lose Their Job

The job cuts at Immutable, which affected 20 employees, coincide with the decline of several crypto firms from 2021’s soaring industry peaks. Coinbase, the largest cryptocurrency exchange in the United States, cut 18 percent of its personnel in June, while OpenSea, the largest NFT marketplace, let off 20 percent of its employees earlier this month.

Immutable remarked: “We regret losing team members and will guarantee a smooth transition for individuals affected by the reorganization.”

Bad news, me and a bunch of people just got made redundant at Immutable. I’m a senior level game designer with 7+ years experience and 4+ years leading the design on a live service TCG. Any help with jobs would help a lot. DM me. Help me feed my cat Oscar! (Oscar not need a job) pic.twitter.com/LQVgdRmKhv

James Wakeham, a senior-level game designer for the NFT trading card game “Gods Unchained,” updated his Twitter bio to say “searching for work” and explained, “I and a bunch of others just got made redundant at Immutable.”

According to the representative, Immutable has grown to 280 personnel from 180 at the start of this year. In addition, they stated that the Australian company is “on track” to reach 360 people within the next five months.

Since the beginning of this year, crypto markets have taken a significant hit. Since January 1, the price of Bitcoin and Ether has decreased by 55 percent and 61 percent, respectively, in what has been termed “crypto winter.”

Similarly, the value of Immutable’s cryptocurrency token, IMX, which is used to exchange assets in Gods Unchained, has plummeted from over $11 in November 2017 to just a little over a dollar.