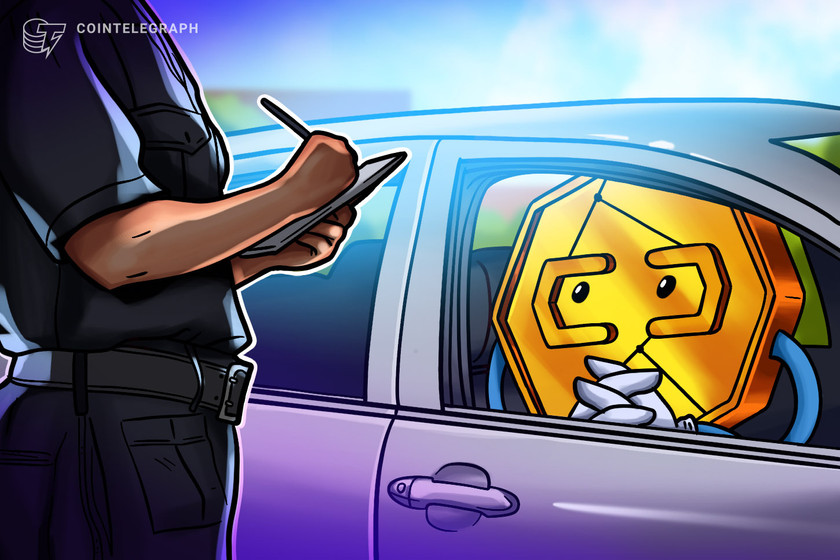 The Ethics Committee couldn’t agree if the Representative sought to profit from his promotions, but he was fined for it regardless and for also not declaring a “gift” of the token.

The outgoing United States House Representative Madison Cawthorn has been fined over $15,000 by the House Committee on Ethics for his promotion of a cryptocurrency in which he had an undisclosed investment.

A report released by the Committee on Dec. 6 after a seven-month-long investigation found Cawthorn “improperly promoted a cryptocurrency in which he had a financial interest” violating conflict of interest rules.

Cawthorn’s “direct and unambiguous” promotional commentary on social media followed an undisclosed purchase by the Representative of $150,000 worth of the token in December 2021.

He promoted the Ethereum-based token Let’s Go Brandon (LETSGO) — named after a slogan and meme that is used as a substitute for the phrase “F--- Joe Biden” — after Cawthorn was able to secure the purchase of around 180 billion LETSGO tokens “on terms more favorable than those available to the general public.”

The $150,000 sum Cawthorn paid to an unnamed person involved with the token saw him receive 180 billion LETSGO, which were trading for an average value of around $164,200 at the time. Cawthorn also did not pay transaction fees.

The $14,237 difference between the amount Cawthorn paid and the average value of the tokens at the time he received them was considered a “gift” by the Committee that recommended Cawthorn repay the amount “to an appropriate charitable organization.”

The Committee “did not reach a consensus” on whether Cawthorn intended to “personally profit from his promotional activities,” and no “sufficient evidence” was found that Cawthorn used non-public information to time his transactions.

“Cawthorn also failed to file timely reports to the House disclosing his transactions relating to the cryptocurrency,” the report said. However, as the requirements on crypto disclosures “are relatively new” as per the report, the Committee found Cawthorn’s failure to disclose was not “knowing or willful” as he was “misinformed regarding the requirements.”

The outgoing Representative will also need to submit a transaction report detailing the purchase and sales of the tokens and pay a $1,000 late fee along with his over $14,000 charitable donation.

Related: Cryptocurrency has become a playground for fraudsters

Cawthorn disclosed he still owns more than 15.3 billion LETSGO, which has a current value of under $25.50, according to CoinGecko data.

The Representative will leave office in January 2023 after serving one year for North Carolina’s 11th Congressional District, being beaten in a Republican party primary in May by North Carolina Senator Chuck Edwards.